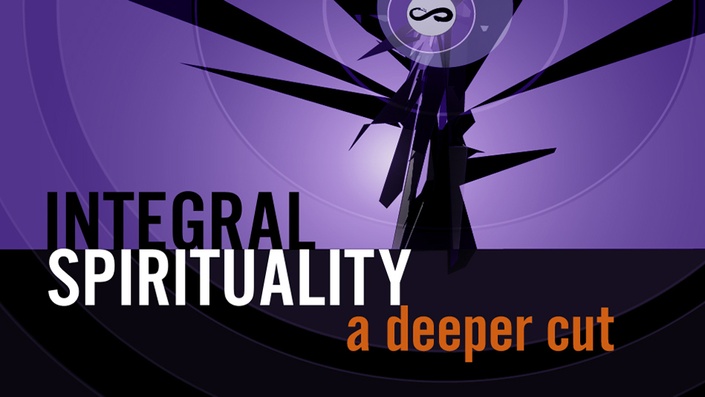 Your Personal Guide to Spiritual Awakening in the 21st Century

Some of the most important and insightful conversations ever recorded....

In 2006 Ken Wilber published his seminal book Integral Spirituality: A Startling New Role for Religion in the Modern and Postmodern World. This book represents the culmination of more than three decades of Integral theory and practice, suggesting a theory of spirituality that honors the truths of modernity and postmodernity—including the revolutions in science and culture, while incorporating the essential insights of the world's religious traditions. Integral Spirituality demonstrates how today's spirituality must combine the insights of the East with the discoveries of the West, paving the way for a radical new role for the world's religions.

Nobody is more passionate about Ken Wilber's work than you. Which is why we invited you to ask Ken your own questions about Integral Spirituality, resulting in more than 40 hours of groundbreaking dialogue that explores the book in remarkable chapter-by-chapter detail. Integral Spirituality: A Deeper Cut is your personal guide through the ins and outs of Integral theory and practice, and makes an essential companion to Ken's critically-acclaimed book.

These are some of the most important and insightful conversations Ken Wilber has ever recorded. Featuring the most cutting-edge theory, the most intimate stories, and the most meaningful applications of Integral thought to our lives and to our world, you will not find spiritual conversations as intelligent and as sophisticated anywhere else in the world.

"This Integral Spirituality series stands out as one of my favorite conference series that I've ever been involved in. Not only did it give us a chance to really dive into Integral theory and practice with people who know my work so well, but it allowed me to connect with our members and listen to some of the most extraordinary stories that I've ever heard, which has been very gratifying for me personally. If you really want to see how deep the integral spiritual vision goes, you won't want to miss this."
- Ken Wilber

Discover the answers to some of today's greatest spiritual questions

What Is Integral Spirituality?

The familiar Chinese proverb, "May you live in interesting times," is no doubt fulfilled in our time. For the first time in history we have access to all the world's wisdom, to the musings of saints, sages, and scientists through the ages. That access is growing exponentially. Scarcely a century ago, the first trans-Atlantic wireless signal was transmitted; now, we venture out every day on the information superhighway. We are inundated with information, and today, more than ever, there is an impulse to make sense of it all.

Philosophy (literally, "love of wisdom") might well be the oldest human pursuit. For as long as human beings have existed, we have questioned our existence. And whereas our close evolutionary relatives have demonstrated the ability to create tools and perhaps even display a sense of humor—traditional criteria for what makes us unique as humans—we have not yet observed in them the capacity to make meaning. Perhaps it is meaning itself, and the search for it, that sets us apart.

Every human age has its priceless contributions, its startling insights. Premodernity discerned "the Great Chain of Being" beneath the myriad forms of manifestation, a majestic progression from matter to body to mind to spirit. Modernity informs this view considerably; it tells us that we live in a universe that has evolved over roughly 14 billion years. Matter evolved to the point at which life emerged; life evolved to the point at which consciousness emerged. And postmodernity points out that each of us is embedded in a context, largely invisible to ourselves, from which we interpret our experience. Rather than a pregiven world, we enact a worldspace, the product of the phenomena we observe and the viewpoint from which we make the observation. We are, quite literally, viewing manifestation through a set of lenses, lenses that we never knew we were wearing. And in the process of development, we swap those lenses for new ones, viewing phenomena in increasingly more precise, nuanced, and sophisticated ways.

At the leading edge, most developmental theories posit a stage that might be called "integral," for its hallmark attempt to make sense of everything, to find the pattern that connects. One such theory is "AQAL," short for "all quadrants, all levels, all lines, all states, all types." The AQAL model, proposed by American philosopher Ken Wilber, is perhaps the most comprehensive view ever taken of how all manifestation, all matter, all life, all thought, and all experience can fit together in a coherent whole. AQAL itself is content-less, which makes it infinitely applicable to any particular area of inquiry.

Any field (e.g. business, medicine, politics) can be viewed through an AQAL lens. And this view can vastly enrich our understanding of the contours, limits, and possibilities of that field. Touching in on the five aspects of the model ensures that we have covered all of our bases. We can be sure that we are viewing a given situation from every conceivable angle, and can proceed with the best information possible.

But what if AQAL was applied to spirituality itself? What if we were to view the ancient pursuit of spirit from the highest viewpoint we can possibly take at this time? What would we learn from the journeys of those who have gone before, and what implications would there be for the road ahead? Remembering that there is no pregiven world, but rather, worldspaces that arise when a new perspective is taken from a new altitude, what is the worldspace that arises when spirituality is viewed from integral?

Integral Spirituality is a description of precisely that. It is a depiction of the view, from 50,000 feet, of spirituality, described by one of the great thinkers of our time. The book yields extraordinary theoretical insights, such as the fact that states of consciousness (which religious traditions guide us through) are always interpreted from stages of consciousness. And it provides practices that help us to navigate these states and stages in a breathtakingly conscious manner, ensuring that we are living as freely and fully as we can. It makes the bold proposition that religion—far from being obsolete—is the conveyor belt that will enable humanity to progress safely through the stages in its evolutionary past, and with great hope into its evolutionary future. 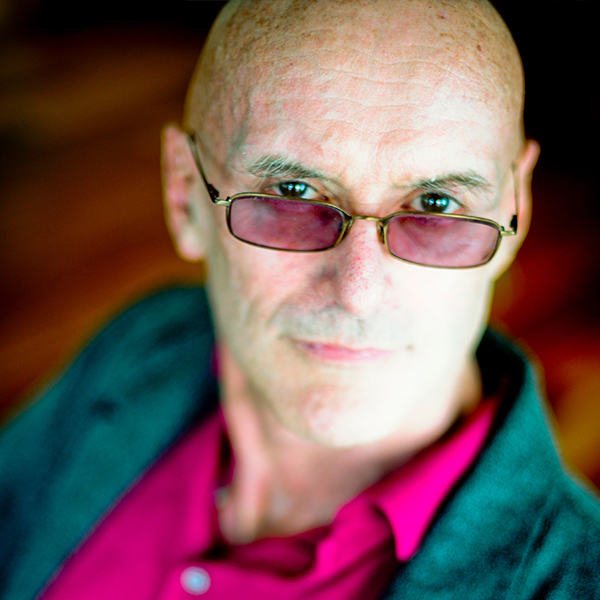 Ken Wilber is one of the most important philosophers in the world today. He is the most widely translated academic writer in America, with 25 books translated into some 30 foreign languages. Ken Wilber currently lives in Denver, Colorado, and is still active as a philosopher, author, and teacher, with all of his major publications still in print.

What makes Ken Wilber especially relevant in today’s world is that he is the originator of arguably the first truly comprehensive or integrative philosophy, aptly named “Integral Theory”. As Wilber himself puts it: “I’d like to think of it as one of the first believable world philosophies…” Incorporating cultural studies, anthropology, systems theory, developmental psychology, biology, and spirituality, it has been applied in fields as diverse as ecology, sustainability, psychotherapy, psychiatry, education, business, medicine, politics, sports, and art.

When does the course start and finish?
The course starts now and never ends! It is a completely self-paced online course - you decide when you start and when you finish.
How long do I have access to the course?
How does lifetime access sound? After enrolling, you have unlimited access to this course for as long as you like - across any and all devices you own.
What if I am unhappy with the course?
We would never want you to be unhappy! If you are unsatisfied with your purchase, contact us in the first 30 days and we will give you a full refund.
off original price!